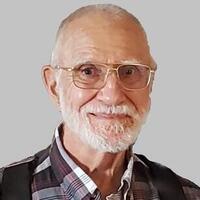 Thomas J. Stucky, 78, of Marysville, OH died peacefully on Monday, October 3, 2022. He was born on August 19, 1944 to Roland Victor Stucky and Nelsie (Carnicom) Danklefsen Stucky in Toledo, Ohio. On June 19, 1965, he married Diana J. Zimmerman at Grace Episcopal Church in Willoughby, OH and she survives.

Thomas grew up in Port Clinton and graduated from Danbury High School. He studied education at Bowling Green State University and obtained his Masters degree. He retired from Penta Career Center after 22 years as Supervisor of Special Education. He wanted each student to work to achieve their full potential; whatever that may be. He was a long time member of the St. Paul's Episcopal Church, Fremont. He volunteered many hours to the Sandusky County Share and Care Center and helped ittransition to its current location. Thomas enjoyed hunting, fishing, camping, and antiquing. He loved to work on projects.

Visitation will be from 4:30-7 p.m. on Thursday October 6, 2022 at Herman - Karlovetz Funeral Home & Crematory, 900 North Street, Fremont, OH. Additional visitation will be held Friday, October 7, 2022 from 10 a.m. to 11 a.m. at St Paul's Episcopal Church, 206 N. Park Ave. Fremont, and will be followed by funeral services conducted by the Rev. Matt Wahlgren. Memorial Contributons may be made to St. Paul's Episcopal Church, Sandusky County Food Pantry or Share and Care. Online condolences may be expressed at www.hermanfh.com

To order memorial trees or send flowers to the family in memory of Thomas J. Stucky, please visit our flower store.