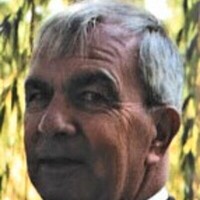 Thomas Guy Smith, 79, a lifelong Fremont businessman and resident, passed away peacefully Sunday, January 2, 2022 at Elmwood Assisted Living, only four days after his beloved wife's, Judi, passing next to him.

Anyone that knew him would agree that since Tom was young, he was energetic, motivated and was willing to and enjoyed working. In 1978, while working out of his barn, he started a crane rental company, Tom Smith Equipment. The business grew! He eventually moved the business to Hayes Avenue, renaming it Smith Crane Service, Inc. His love of operating cranes was handed down to his son Chris at an early age, who joined the business after graduating from college.

Tom retired in 2008 and could then be found reading the newspaper, mowing the lawn, or out to lunch with Judi at a local restaurant. On Saturdays in the fall, he'd be watching Michigan Football. He was a lifetime member of the Ohio Operating Engineers, and former member of the Sandusky County Fairboard, member of the Eagles and the Elks.

The family would like to thank the staff at Elmwood Assisted Living for all the love and support they have given Tom & Judi. They would also like to thank Brenda Foos from ProMedica Heartland Hospice for the comfort she gave Tom during his final days.

Additional visitation will take place on at 10:00 A.M. on Tuesday, January 11, 2022 until the time of services 11:00 A.M. Certified Celebrant Susann Robitski Zimmerman will officiate. Burial will follow at Greenwood Cemetery.

In lieu of flowers, memorial donations can be made to ProMedica Heartland Hospice.

To order memorial trees or send flowers to the family in memory of Thomas Smith, please visit our flower store.