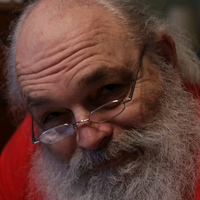 Terry was a Fremont Ross 1971 graduate. He served his country in the US Air Force during the Vietnam era being stationed in Mildenhall, England. After his discharge, Terry worked for the Sandusky County Sheriff’s Office where he became a Sergeant, retiring in 2008.

He enjoyed golf and was a fan of the OSU Buckeyes. He was a motorcycle enthusiast and would spend time “working” on his bike and other projects in his barn. Terry was a member of the American Legion and New Hope Vineyard Church.

Terry is preceded in death by his dad, RB and brother, Larry.

Memorials may be made to the Wounded Warrior Project or the Sandusky Township Fire Department.

To order memorial trees or send flowers to the family in memory of Terry Douglas Myers, please visit our flower store.