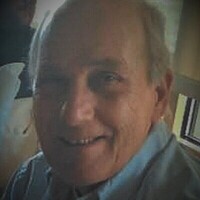 In 1968, Terry graduated from Fremont Ross High School, before leaving to serve his country in the United States Marine Corps from 1969 to 1975. Upon his return to Fremont, Terry continued his education at Terra Technical College where he graduated with an Associate of Applied Science Degree in Air Conditioning and Refrigeration in 1977. He then went on to work for Energizer Battery until his retirement in 2009. Terry was also a proud member of the Fremont VFW.

Terry is preceded in death by his parents, and two brothers, John and Dennis Byers.

A private Funeral Service for Terry will be held on Friday June 26, 2020 at the Herman-Karlovetz Funeral Home & Cremation Services, Fremont. Burial with military honors will follow at McGormley Cemetery at 11:00am.

For those who cannot attend and want to show sympathy, you may call the funeral home at 419-332-7391 to have your name added to the family’s register book. Memorial Donations may be directed to the Fremont VFW.

To order memorial trees or send flowers to the family in memory of Terrance Lee Byers, please visit our flower store.