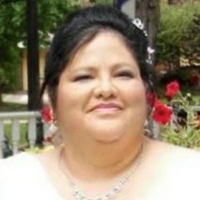 Stephanie M. Aguilar Adame, 47 of Fremont, passed away on Thursday, December 16, 2021, at the Toledo Hospital.

She was born on July 17,1974 to the late Michael and Victoria (Ybarra) Knerr in Sandusky.

A 1994 graduate of Fremont Ross High School, Stephanie went on to obtain a master's degree in Criminal Justice from Tiffin University. She most recently worked for the Fremont YMCA as an office manager.

Stephanie loved spending time with her family, especially her grandchildren. She enjoyed dancing and helping those who needed her and was a faithful member of St. Joseph Catholic Church.

Stephanie is preceded in death by her husband and parents.

Memorial donations in Stephanie's name may be made to her family, in care of Aurelia Aguilar.

Herman-Karlovetz Funeral Home & Crematory, Fremont is honored to be assisting the Adame family during this very difficult time.


To order memorial trees or send flowers to the family in memory of Stephanie M. Aguilar Adame, please visit our flower store.