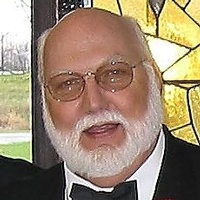 He was born on May 23, 1942 in Fremont to the late Albert and Elethia (Cunningham) Weigman. In 1961, Stan graduated from Gibsonburg High School and attended Bowling Green State University.  On June 27, 1964 he married Juanita Landis, who survives him.

Stan joined the USMC, serving his country in Vietnam from 1966-1967. He was awarded the Purple Heart.  Years later, he was the Project Manager during the construction of the Southern Ohio Veterans Home.  Upon completion of the project, he was appointed the Director of the Southern Ohio Veterans Home in Georgetown.  He retired in 2006.  In February 1977, Stan was appointed to the Sandusky County Veteran Service Commission, a post he held until he resigned in December 2017.  He was also active in several other local Veteran organizations.  For ten years, Stan proudly served the community as a member of the Gibsonburg Board of Education.  Stan was a member of Trinity Evangelical Lutheran Church, Elmore.

Memorials may be made to Trinity Lutheran Church, Elmore.

To order memorial trees or send flowers to the family in memory of Stanley E. Weigman, please visit our flower store.