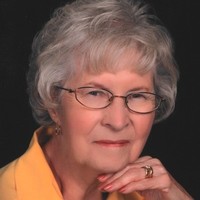 In 1949, Ruth graduated from Gallia Academy High School. She married Donald Niday in 1951, spending 64 years together in marriage before his passing in 2015. Ruth worked as a telephone operator for the Ohio Bell Telephone Company and retired in 1991 from Countryside Continuing Care where she worked as a nursing caretaker.

Along with her parents, Ruth is preceded in death by her sisters, Hazel Sheets and Helen Johnson; and niece-in-law, Marva Johnson.

A graveside service will take place on Friday, March 13th at 10AM at Pleasant Union Cemetery in Old Fort, Ohio.

In lieu of flowers, memorial donations in Ruth’s name may be made to the family.

Herman-Karlovetz Funeral Home and Cremation Services is honored to be serving Ruth’s family during this difficult time.

To order memorial trees or send flowers to the family in memory of Ruth M. Niday, please visit our flower store.