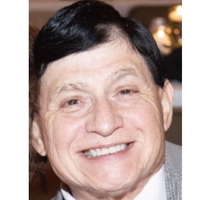 Roberto (“Bob”) Lozano passed away on December 10, 2020 from complications of COVID-19 at his home in North Baltimore, OH.  He was born on September 15, 1945 to Servando and Guadalupe Lozano in Fremont, OH.

Bob served as the Fremont Ross High School Diving Coach for 17 years.  He coached numerous State placers, Buckeye Conference champions, school record holders and he was a founder of the Ross Girls Diving Program.  Bob was an avid golfer, bowler and dancer.   He was also an admirer of Elvis Presley having performed as an impersonator for many years.

To order memorial trees or send flowers to the family in memory of Roberto Lozano, please visit our flower store.