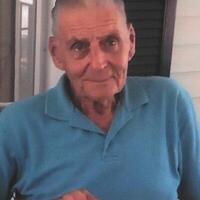 Bob was born on March 10, 1929, in Fremont to the late Dwight and Eda Williamson.

After graduating from Gibsonburg High School in 1947, Bob courageously served his country in the United States Marine Corps from 1948-1952.

On Aug. 30, 1952, he married Evelyn Lance at the Eastside Presbyterian Church in Fremont. They shared 67 loving years together before her passing in 2019.

Bob enjoyed hunting and fishing and was an avid bowler in his younger years. He and Evelyn had a soft spot for animals, and together, had collectibles too numerous to count.

Bob is preceded in death by his parents; wife, Evelyn; and daughter, Deborah.

Visitation will be held on Saturday, January 22, 2022, from 10:00 AM-12:00 PM, at the Herman-Karlovetz Funeral Home & Crematory, Fremont where Funeral Services will begin at 12:00 PM. Burial will follow at Oakwood Cemetery, Fremont.

Memorial contributions may be made to ProMedica Hospice or the Humane Society of Sandusky County.

Herman-Karlovetz Funeral Home & Crematory, Fremont has the honor of assisting the Williamson family during this difficult time.

To order memorial trees or send flowers to the family in memory of Robert Lee Williamson, please visit our flower store.