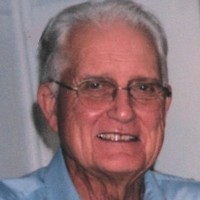 Robert N. Sanborn, 91, of Fremont, passed away peacefully on Wednesday, October 23, 2019 at ProMedica Memorial Hospital. He was born on December 27, 1927 in Denver, CO to Merle & Neva (Newell) Sanborn.

Robert was a 1945 graduate of North Denver High School. After graduation, he continued his education at Colorado State University, achieving his bachelor’s degree in forestry. Robert was in the Air Force Reserves for 8 years. Robert was employed at the Monitor Sugar Company in Bay City, MI as the Vice President of Agriculture until his retirement in 1992.  He was a member of Grace Lutheran Church and as a Rotarian where he received the Paul Harris award.

On June 11, 1949, Robert married Geraldine Miller in Fort Collins, CO. They were married for 47 years before her passing in 1996. Surviving Robert are Joyce Havens of Fremont, loving companion for 23 years & her family; his children, Steven Sanborn of Fremont, Paula (Phil) Barlow of Sarasota, FL, and Raymond (Jeanette) Sanborn of Daniel, WY; grandchildren, RaeLynn and Karla; great-grandchildren, Brandon and Sadie; and brother, Howard (Zora) Sanborn of Chico, CA.

He is preceded in death by his parents; wife, Geraldine; sister, Ramona (Ron) Morris; and step-brother, Don Sanborn.

It was Robert’s wishes to be cremated. Family will arrange services for Robert at a later date.

Memorial contributions may be made to Grace Lutheran Church or to a charity of the donor’s choice.

To order memorial trees or send flowers to the family in memory of Robert Sanborn, please visit our flower store.