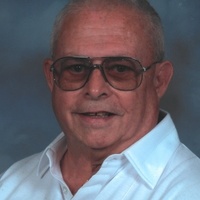 Robert “Bob” E. Frey, 88, passed away on Saturday, March 14, 2020 in Fremont. He was born on October 28, 1931 to Raleigh and May (Smith) Frey in Gibsonburg, Ohio. Bob graduated from Gibsonburg High School in 1950 and proudly served in the United States Army from 1953 to 1954 during the Korean War. After receiving an honorable discharge, Bob worked for Chrysler until his retirement in 1995. On September 17, 1955, he married Margaret M. Miles, at St. Joseph Church, and she survives.

Bob loved sitting on his porch and going to sporting events for his kids and grandkids. He was a huge Ohio State fan as well as a Cleveland Browns, Cleveland Indians and the Gibsonburg Golden Bears fan. In their earlier years, Bob and Margaret enjoyed going dancing and playing games and cards with friends.

Services will be private for the family.  Burial at St. Joseph cemetety will be at a later date.

In lieu of flowers, memorial contributions may be made to St. Joseph Catholic High School or to Gibsonburg High School.

To view Bob’s Tribute Video or to send an online condolence, visit: www.hermanfh.com.

To order memorial trees or send flowers to the family in memory of Robert "Bob" E. Frey, please visit our flower store.