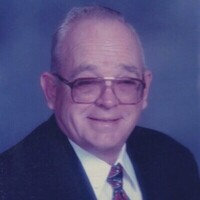 Gibsonburg – Richard Edward Knieriem, 88, passed away on Tuesday, May 5, 2020 with family by his side. Richard was born on August 11, 1931 in Millbury, OH to the late Edward Henry and Dora Mae (Rickard) Knieriem.

He is preceded in death by his wife, Eleanor; parents and brother, Franklin Knieriem.

There will be Graveside Services with Military Rites at West Union Cemetery, Gibsonburg on Saturday, May 9, 2020 at 11:00 a.m. If you are not able to attend you may view the live stream from the funeral home’s website. It is recommended, in lieu of flowers, memorial contributions may be directed to the American Legion Post 17, Masonic Lodge 575 or to the Lindsey Volunteer Fire Department. The Herman-Veh Funeral Home & Cremation Services, Gibsonburg has been honored to care for the Knieriem family. If you would like us to add your name to the families’ online register you may call us at 419-637-2026

To order memorial trees or send flowers to the family in memory of Richard Edward Knieriem, please visit our flower store.