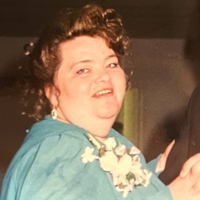 Penny earned her diploma after attending Fremont Ross High School and Tiffin Columbian. On September 14, 1970, at Fremont St. John's Lutheran Church, she married William Talbot and together they shared 34 years of marriage until his passing. She was a homemaker.

She is preceded in death by her husband of William "Dollar Bill" Talbot who passed on August 26, 2005; parents, Robert and Ruth Gray; and grandsons, Jake and Jack Markin.

Friends and family will be received at the Herman-Veh Funeral Home & Crematory, Gibsonburg on Thursday 19th from 2-4 & 6-8 p.m. Burial will be held at Dana Cemetery on Friday 20th at 10:30 a.m.

Memorials may me made to the family.

To order memorial trees or send flowers to the family in memory of Penny A. Talbot, please visit our flower store.