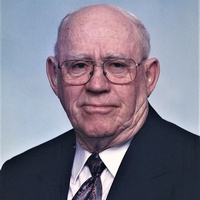 Norman liked working as a farmer and raising Herford Cattle. He also enjoyed traveling with friends, taking a special trip to Germany, and dancing. Norman was a member of the American Legion, Farm Bureau, and was a 4-H advisor. He was a former board member of the Gibsonburg Elevator and a member of St. Michael’s where he served on church council.

He is preceded in death by his parents, siblings, Carlton Neeb and Hilda Wright; and step-grandson, Bryan Wright.

Visitation for Norman will be held on Thursday, May 16, 2019 from 2-4 and 6-8 p.m. at the Herman-Veh Funeral Home & Cremation Services, Gibsonburg where there will be a Vigil beginning at 7:30 p.m. A Mass of Christian Burial will be held at St. Michael’s Catholic Church on Friday, May 17th at 10:30 a.m. Father Scott Woods will officiate. Burial will follow at St. Michael & Lawrence Cemetery, Gibsonburg where Military Honors will be rendered.

Memorials may be made to St. Michael’s Catholic Church.

To order memorial trees or send flowers to the family in memory of Norman L. Neeb, please visit our flower store.