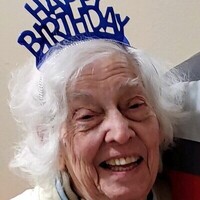 Naomi and Richard brought four boys into the world, and she spent her time as a homemaker, taking care of them. She was also a faithful member of Grace Brethren Chapel, taking time each day to read the Bible.

Left to cherish her memory are her sons, Doug (Linda) Davis of Oak Harbor, Al Davis of Fremont, and Robert (Peggy) Davis also of Fremont; 11 grandchildren, and several great grandchildren.

Services for Naomi will be held at a later date.

Herman-Karlovetz Funeral Home & Crematory, Fremont has the honor of assisting the Davis family during this time.

To order memorial trees or send flowers to the family in memory of Naomi Davis, please visit our flower store.