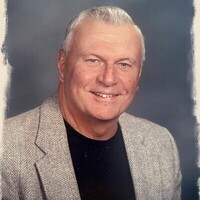 A 1952 graduate of Fremont Ross High School, Myron worked for Eckrich for 25 years, and Crown Battery for 12 before retiring in 2006. He farmed into his 80’s, and he and his family also ran Longview Egg Farm for 25 years.

Myron was a member of the Sandusky County Farm Bureau. He enjoyed going to farm auctions and reading in his spare time and was always very proud of his family.

Myron is preceded in death by his parents, John and Zella; and grandson, Michael Ryder.

A time of public visitation for Myron will be held on Tuesday, March 30, 2020 from 10:00AM-12:00PM at Herman-Karlovetz Funeral Home & Crematory, Fremont. Funeral services will be private for the family with Pastor Gary Clowers officiating.

Memorial donations may be made to Old Fort FFA.

Herman-Karlovetz Funeral Home & Crematory is honored to be assisting the Bender family during this difficult time.

To order memorial trees or send flowers to the family in memory of Myron Dale Bender, please visit our flower store.