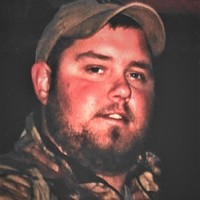 Port Clinton- Michael Alan Reichert, 29, passed away suddenly on Tuesday, December 31, 2019. He was born in Youngstown, OH on May 8, 1990 to Shonda Reichert and Frankie Karr, and was raised by his grandparents, Darla & Michael Hrynciw.

Mick was a graduate of Port Clinton High School. He worked for Maple Grove Companies as a Plant Manager.

Whether it was hunting, fishing, golfing, or shooting pool Mick always made it an adventure. He enjoyed mudding and trail riding, yet he had finesse when it came to cooking. Most recently, Mick invested his time working on his one of a kind OBS truck, getting it ready for the King of the Streets. He will be remembered for his heart of gold and his sense of family, often adopting his numerous friends as his “brothers”.

Mick was welcomed to Heaven by his angel baby.

Visitation will be Thursday, January 9th from 11:00 a.m -6:00 p.m. at the Herman-Karlovetz Funeral Home & Cremation Services, Fremont where a time of remembrance will begin at 6:00 p.m.

Memorials may be made to PayPal.Me/DeeandChew

To order memorial trees or send flowers to the family in memory of Michael Alan Reichert, please visit our flower store.