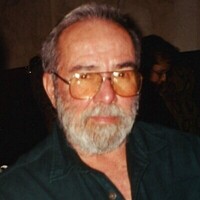 Michael Jess Bowe, 84, of Risingsun, passed away at Blanchard Valley Bridge Hospice Care in Findlay, on March 16, 2022. He was born in Fremont, Ohio, on February 24, 1938, to Robert and Helen (Bonawitt) Bowe. Mike graduated from Gibsonburg High School and was a truck driver for over 30 years until he retired from Arlington Truck in Northwood. He married his first wife and mother of his children, Theresa (Miller) Papesch, but later divorced. Michael later married his second wife, Jennie (Bemis) Bowe, and she also survives. Left to cherish his memory are his children, Scott Bowe, Wendy (Paul) Buehrer, Bart (Valerie) Bowe, Lisa Bowe, Beth Weller, Loren (Lisa) Bowe; stepdaughters, Hollie (Richard) Pace, Kendra (Jack) Frost; numerous grandchildren and great-grandchildren, one great-great-grandchild that is on the way, and sister, Karen (Ronald) Matthews. In addition to his parents, he was preceded in death by his sister, Elizabeth Bowe; daughter-in-law, Nancy Bowe, and son-in-law, Paul Kidd.

Mike enjoyed trucks, tractors, farming, fishing and being outdoors. He loved restoring old tractors, was a member of SCRAP in Gibsonburg, and attended many tractor and truck shows. He was an avid lawn mower and “dandelion picker”, spending many hours caring for his yard. Mike was a man that did not believe in throwing anything away and took great pride in repairing and making stuff last.

In lieu of flowers memorial donations may be made to Bridge Hospice Care at Blanchard Valley Hospital, 1900 South Main Street, Findlay, Ohio, 45840.


To order memorial trees or send flowers to the family in memory of Michael Jess Bowe, please visit our flower store.