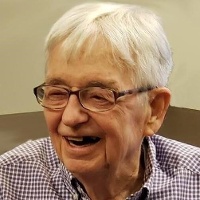 Lee graduated from Jackson-Burgoon High School in 1953. He attended Tiffin Business College and received his associate degree from Terra Community College. He served his country in the Army being called to active duty from 1957-1958 and 1961-1962 during the Berlin Crisis. He also served as the Sandusky County Deputy Auditor and Auditor from 1974-1979. Lee worked as a real estate appraiser for Martin Appraisal from which he retired in 1997 but his favorite job was working for Polk County Transit in Florida.

On June 11, 1960, at Burgoon United Methodist Church he married Janet “Jan” Fry and they shared 41 years of marriage until her passing in 2002.

He is preceded in death by his wife, Janet; one grandchild; and sister, Carol Summey.

Visitation will be held at the Herman-Karlovetz Funeral Home & Cremation Services, Fremont on Saturday, August 10, 2019 from 10-11 a.m. with a Memorial Service beginning at11 a.m.

Memorial contributions can be made to Sandusky County Humane Society.

To order memorial trees or send flowers to the family in memory of M. Lee Walter, please visit our flower store.