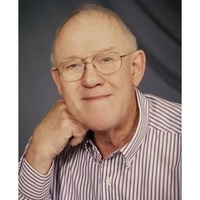 Louis F. Smith, 82 of Fremont passed away on April 26, 2022 at ProMedica Toledo Hospital. He was born on August 24, 1939 to the late Marion and Catherine (Wilhelm) Smith in Fremont.

Louis was a 1957 graduate of Jackson Burgoon High School, and on July 8, 1961, he married Joanne Depinet at St. Patrick Church in Bascom. She survives.

Louis was a lifelong farmer and was very active in the state's agricultural programs. He was a leader in Sandusky County's 4-H program for 65 years. Louis was also the County President, National Delegate, and Ohio Board Member for the Ohio Farmer's Union, a member of the National Dairy Board, the Lakota Young Farmers, and the Sandusky Dairy Service Unit. He served as a State Board member of DHI and the Ohio Holstein Association. Louis also had the honor of being the 1973 Jaycees Ohio Outstanding Young Farmer. He accomplished this and many other accolades during his time as a dairy farmer. He sold his herd of Registered Holsteins in 2000. Louis was also a faithful member of St. Mary Catholic Church, Millersville.

Louis is preceded in death by his parents; and siblings, Ann Hohman and Donald Smith; as well as brothers-in-law, Michael Depinet and Robert Powell.

A Funeral Mass will be held on Tuesday, May 3, 2022 at St. Mary Catholic Parish, Millersville at 10:00 AM, with an hour of visitation held prior. Burial will follow at 2:00 PM at Ludwig Cemetery, Fremont.


To order memorial trees or send flowers to the family in memory of Louis F. Smith, please visit our flower store.