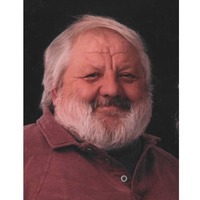 Lawrence C. Stein, 80, of Fremont passed away on April 8, 2022 at his home with his family by his side. He was born on February 23, 1942 to the late Ernest L. Stein and Flossie (Lance) Johnson. Lawrence attended Jackson Burgoon High School and proudly served in the United States Navy aboard the USS Saratoga.

On February 26, 1966, he married Cheryl Carnicom, and she survives.

Lawrence most recently owned and operated S & D Lawncare, retiring in 2005; though many will remember him as Santa Claus. He enjoyed fishing and swimming in Lake Erie and spending the day on his boat. He also was a faithful member of North Wooster Baptist Church and Fremont Baptist Temple. Spending time with his family and watching his children and grandchildren in their activities was the highlight of his life.

A time of visitation will be held from 10:00 am - 12:00 pm on Thursday, April 14 at Herman-Karlovetz Funeral Home & Crematory, Fremont with funeral services to follow. Burial will follow at West Union Cemetery, Gibsonburg.

In lieu of flowers, donations in Lawrence's name may be made to his wife, Cheryl.

Herman-Karlovetz Funeral Home & Crematory, Fremont is honored to be assisting the Stein family during this difficult time.


To order memorial trees or send flowers to the family in memory of Lawrence C. Stein, please visit our flower store.