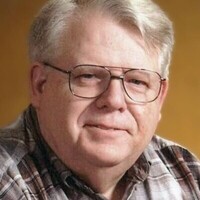 Lawrance E. Popp died Thursday, August 18, 2022 at Manor of Perrysburg where he resided for the past year due to complications of Parkinson's disease. Larry was born on June 16, 1948 to Robert and Gloria (Callihan) Popp and was a lifelong resident of Gibsonburg.

Larry graduated from Gibsonburg High in 1966 and served in the United States Navy from 1968-1972. Upon returning home, he attended Terra Technical College where he earned his certificate as a machinist. Larry was employed by Atlas Industries in Gibsonburg for over 30 years and was known as a conscientious, ethical employee.

Larry is survived by his sister Julia Popp; his sister Patricia (Grove) Rinehart; brother-in-law Frank Bracken and nephew, Richard Bracken. He was preceded in death by his parents and sister Gloria Bracken. Larry was active in the Ohio Junior Chamber of Commerce (Jaycees) International and served in many capacities over 50 years at the local, state, and national level, especially in the JCI Senate. In May 2022, Larry received the Gary Richey Memorial Blue Ribbon Award for a lifetime of outstanding service and dedication to the Ohio JCI Senate. Larry also worked in all phases of home construction and remodeling with his father. He loved camping, shooting, fishing and riding his motorcycle which he later converted to a trike. He was a lifelong supporter of the Cleveland Browns, Ohio State football, and the Gibsonburg United Methodist Church.

Larry's wishes are that in lieu of flowers, any memorials be made to the Ohio JCI Scholarship Fund.

Visitation will begin at 10:00A.M. on Thursday, August 25, 2022 until the time of services at 11:00 A.M. at Faith United Methodist Church, 795 W. Madison Street, Gibsonburg, OH. Pastor Nick Blausey will officiate. Burial will follow at West Union Cemetery with military graveside rights performed by the V.F.W. and American Legion. Herman-Veh Funeral Home & Crematory has been entrusted with Larry's arrangements.


To order memorial trees or send flowers to the family in memory of Lawrance Ervin Popp, please visit our flower store.