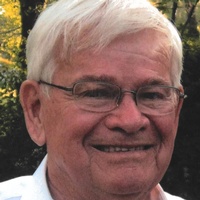 Joe was a long-time member of the Fremont community. He was a contractor but he was most known for his ministerial work as one of Jehovah’s witnesses. His is remembered by his friends and family for his warm smile, his gentle humor, and a wisdom that came from many years of studying the Bible. He was loved by all and will be deeply missed.

Joseph married Thelma M. Owen in Toledo in November 15, 1947 and she preceded him in death on September 9, 2004. He is survived by his daughter, Sandra (Charles) Brossia of Colorado; grandsons, Sean (Kelly) Brossia of TX and Jay (Shelly) Brossia of CO; great-grandchildren, Alex, Reese, Gabrielle and Owen; sister, Donna (Bill) Brown of OH; and 3 nieces and nephews.

Arrangements have been entrusted to the Herman-Karlovetz Funeral Home & Cremation Services, Fremont.

Memorials may be made to the Kingdom Hall where Joseph was a member.

To order memorial trees or send flowers to the family in memory of Joseph Bohac, please visit our flower store.