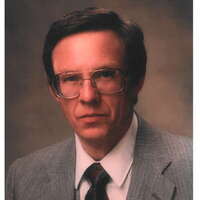 A 1962 graduate of Bunker Hill High School, John went on to proudly serve his country in the United States Navy during the Vietnam War and was deployed on the USS Enterprise in 1969. He later worked for and retired from Davis-Besse Nuclear Power Station.

He enjoyed gardening and photography, as well as attending country music concerts and watching Purdue games. John liked to travel as well.

He is preceded in death by his parents and brother, Richard Schultz.

A time of visitation will be held on Monday, April 4, 2022 from 2:00PM-4:00PM at Herman-Karlovetz Funeral Home & Crematory, Fremont, Ohio, with a funeral service to follow.

Visitation will also be held on Tuesday, April 5, 2022 from 11:00AM-1:00PM at Allen Funeral Home, Bunker Hill, Indiana, with a funeral service to follow. Burial will follow services at Springdale Cemetery.

In lieu of flowers, donations in John's name can be made to Riley Children's Hospital at https://www.rileychildrens.org/about/ways-to-give


To order memorial trees or send flowers to the family in memory of John L. Schultz, please visit our flower store.