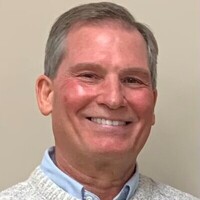 John E. Kryder, age 69 of Fremont, passed away Tuesday, December 8, 2020 at Ebeid Hospice in Sylvania, Ohio, after a short illness. John was born on July 14, 1951 in Minerva, the son of the late Robert G. Kryder and Vivian I. Kryder. John graduated from St. Joseph High School in 1969. After his graduation, John began his career at Moore Business Forms / Mead until his retirement in 1999. John served in the National Guard, Company B-612th combat engineer battalion and served as a mechanic in maintenance, for 6 years from 1969 to 1975. After retiring John worked several years working part time at Painters Supply and Equipment Company. John enjoyed many days at Sycamore Hills Golf Course as well as the fellowship with other golfers. In lieu of travel, he spent as much time outdoors, taking pride in the upkeep of his home & yard. John was a great cook and grill master, he enjoyed tweaking old family recipes, and making homemade pasta. John was a devoted caregiver and an everyday visitor to his beloved Mother, Vivian, while she was a resident of Elmwood Assisted Living & Skilled Nursing of Fremont. He enjoyed playing cards with her and reminiscing his childhood. He cheered for The Ohio State Buckeyes, Cleveland Browns, and Cleveland Indians.

Visitation will take place on Thursday, December 17, 2020 from 2-4 P.M. at Herman-Veh Funeral Home, 319 W. Madison Street, Gibsonburg, OH. A Mass of Resurrection will take place at St. Joseph Catholic Church, at 10:00A.M. on Friday, December 18, 2020, Fr. Michael Roemmele to officiate. His funeral mass will be available via livestream at www.hermanfh.com. Masks are required for all services, social distancing measures will be in place. Burial will take place at St. Joseph Cemetery. Memorial contributions may be made to St. Joseph’s Church or St. Joseph’s Scholarship Fund.  Herman-Karlovetz Funeral Home & Cremation Service has been entrusted with arrangements.

To order memorial trees or send flowers to the family in memory of John Emmett Kryder, please visit our flower store.