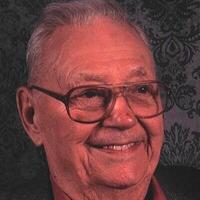 He was a 1944 graduate of Fayette High School and enlisted in the United States Air Corps on August 15, 1945. He was honorably discharged on April 8, 1947. Upon his return from the military he married Sharon Ann Whaley on August 13, 1950 at Grace Lutheran Church in Toledo, Ohio. Together they spent 62 years enjoying the house and pool they built with family and friends. She preceded him in death on February 12, 2013.

John was a Union Electrician working for the Local 8 IBEW. He retired in October 1998. Before that he owned and operated Clinton Radio and TV. He was a member of Grace Lutheran Church in Fremont where he operated the audio system during service for many years. He liked to spend his time woodworking, wine making, and keeping the pool ready to swim in.

Visitation will take place from 2-4 P.M. on Sunday, January 30, 2022 at Herman-Karlovetz Funeral Home & Crematory. Burial and graveside services will take place at a later date at Pleasant View Union Cemetery in Fayette. Memorial contributions may be made to Grace Lutheran Church or Dee's Dog Grooming, both of Fremont, Ohio. Online condolences may be expressed at www.hermanfh.com


To order memorial trees or send flowers to the family in memory of John Stanley Kinkaid, please visit our flower store.