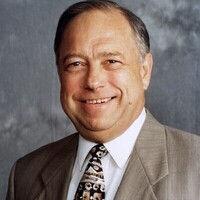 John Gustave Roush, 80, of Fremont, OH passed away at his home on Tuesday, July 19, 2022 after a lengthy illness. He was born October 1, 1941 in Fremont to Robert Waggoner and Frances Mae (Magsig) Roush of Lindsey.

John Graduated from USAFA in June of 1963 and was immediately posted at Craig Air Force Base (AFB) near Selma, Alabama and became a student in USAF Undergraduate Pilot training (UPT) learned to fly jets.  During this training, John married his high school sweetheart, Diane Sue Miarer on December 22, 1963, in a ceremony in her hometown of Fremont, Ohio.  After graduation, He stayed at Craig AFB and served as an instructor pilot with the 3617th Flying Training flying T-33s, T-37s and T-38s. In 1969, he was assigned to the 19th TASS in the Republic of Vietnam as an OV-10 Forward Air Controller (FAC) with the 1st Cavalry Division. Upon his return from Vietnam, he attended Florida State University earning an MBA.  He was then stationed at the Pentagon in Washington, D.C. and served on the Joint Chief’s of Staff and flew T-39’s at Andrews AFB.  While in Virginia, he also attended USAF Air Command and Staff College. It was in Virginia where John was promoted to Lieutenant Colonel. His next duty assignment was at Maxwell AFB, Montgomery, Alabama where he attended the USAF Air War College. After graduation, he was transferred to Reece AFB, outside Lubbock, Texas and served as a T-37 and T-38 Squadron Operations Officer and Wing Deputy Director of Operations. His final duty station was Grissom AFB, in north central Indiana, where he served as the United States Air Force Liaison Officer to the Indiana Wing of the Civil Air Patrol.  His job included flying several different single engine aircraft to almost every airport and airstrip in Indiana.  He retired from Active Duty after more than 26 years of service.

John was an Elder at Fremont First Presbyterian Church. He was a volunteer and board member at Liberty Center and Share and Care. He was chairman of the board at Share and Care and Youth for Christ of Northern Ohio. He was a YFC volunteer visiting the Sandusky County Juvenile Justice Center for almost 30 years. John enjoyed gardening, lawn care, and being a handyman.

Burial will be held privately at Lindsey Cemetery where military honors will be rendered for his years of dedicated service.

Those wishing to honor John with a memorial may give to Northern Ohio Youth for Christ (P.O. Box 323, Wadsworth, OH 44282) or Creek Bend Farm Fund (Sandusky County Park District, 1329 Tiffin Street, Fremont, OH 43420). Flowers will be received at the funeral home prior to the service.

To order memorial trees or send flowers to the family in memory of John Gustave Roush, please visit our flower store.