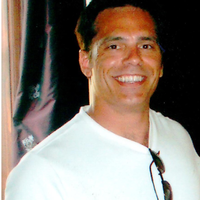 Jeffery “Jeff” Allen Koebel, 54, passed away suddenly in Wyandot County on Mon., May 20, 2019. He was born in Fremont to Judith (Deno) Koebel and Gerald Koebel.

Jeff was a 1983 Fremont Ross graduate. During high school, he was an all-around athlete competing in several sports. He continued his love of sports by coaching softball and he was an avid Michigan Wolverine’s fan.  In his spare time, he very much enjoyed fishing with his family.

He was employed at Whirlpool Corporation, Clyde and previously worked for Steinle Auto Group, Fremont.

All are invited to a Celebration of Life Service at the Herman-Karlovetz Funeral Home & Cremation Services, Fremont on Sat., June 22, 2019 at 3:00 p.m. Visiting with the family will follow the service from 3:30-6:30 p.m.

In lieu of flowers, memorial donations may be made to the Children of Jeffrey A. Koebel Endowment Foundation at Fifth Third Bank or to the Lake Erie Foundation.

To order memorial trees or send flowers to the family in memory of Jeffery "Jeff" Allen Koebel, please visit our flower store.