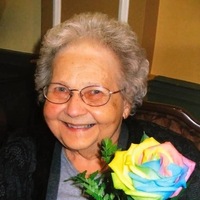 Born January 29, 1932, the daughter of Rudolph J. and Mary (Wasserman) Darr of Fremont. She married Raymond A. Magrum of Gibsonburg on May 10, 1952. She has 9 grandchildren and 15 great-grandchildren.

Memorials may be made to St. Joseph Catholic Church, Fremont, American Parkinson's Association, and WSOS Meals on Wheels, Fremont.

For the health of our community, there will be no services for Janet at this time.  A private Celebration of Life will be at a later date.

To order memorial trees or send flowers to the family in memory of Janet M. Magrum, please visit our flower store.