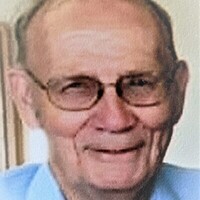 After his graduation from Jackson Liberty High School in 1957, James went on to serve in the U.S. Army Reserves. Beginning in 1964, James was a farmer through his life. He was also a volunteer at the Helena Fire Department for 25 years, and worked for Union Carbide in Fostoria for 10 years, and retired from Epco in 2007.

On November 7, 1959 he married Genniel M. Wells at St. Wendelin Catholic Church in Fostoria. She preceded him in death on July 23, 2021. Together they enjoyed their numerous and memorable camping trips with close friends and family, vacationing in Florida, California, and Arizona over the years. Most recently, he looked forward to the frequent trips to Renfro Valley where they enjoyed spending time with many new friends.

He was preceded in death by his parents; wife, Genniel; brother, Joe Steinmetz; brother-in-law, Lawrence Hoffman; and sister-in-law, Vicki Steinmetz.

Visitation will be held on Thursday, April 28th from 10:00-11:00 A.M. at Saint Mary Catholic Church, 865 SR 635, Helena, OH. A Funeral Mass will begin at 11:00 A.M. officiated by Fr. Scott Woods. Burial will take place at Saint Mary Cemetery. Memorial contributions may be made to Saint Mary Church.

The Herman-Veh Funeral Home & Crematory, Gibsonburg is honored to be assisting the Steinmetz family during this difficult time.

To order memorial trees or send flowers to the family in memory of James A. Steinmetz, please visit our flower store.