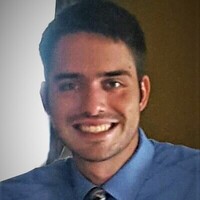 “A limb has fallen from the family tree that says grieve not for me, remember the best times, the laughter, the song, the good life I lived while I was strong.”

It is with deep sadness and heavy hearts that we announce the passing of our dearly beloved son, Jacob Garrett Lewandowski, 26, of Woodville, on Saturday, September 18, 2021.

Jacob was born March 3, 1995, in Toledo, to Douglas and Angela Lewandowski. He was the first child, a rule follower, and had a deeply kind soul. Growing up, Jacob was involved in many activities, but one of his favorites was fishing for Lake Erie perch on his grandpa’s boat. Even though he got seasick most times, Jacob never turned down an opportunity to wake up at the crack of dawn and spend the day with his grandpa, limiting out the daily catch. His loved ones can laugh when recalling him saying “Fish on!” for every bite.

Jacob attended Woodmore High School and was the 2013 Salutatorian. He played varsity basketball and always had his supportive family in the stands to cheer him on. He also attained a black belt in Tae Kwon Do. After high school, Jacob attended THE Ohio State University. In 2017, he graduated with a Bachelor’s degree in Chemical Engineering. He remained in Columbus and was employed by Ashland Chemical, but returned to Woodville when Covid forced the company to restructure.

Jacob loved listening to music of all kinds; everything from country, to rap, to classical could be found on his Spotify playlist. He also played the piano and enjoyed learning new songs, as well as creating his own. He was a skilled chess player from a young age, rarely losing to his mother who taught him how to play. He loved family game time, competing fiercely in ping pong or pool with his younger siblings, Drew and Jenna. Jake always reigned as ping pong champion. He cherished watching Buckeye football games with his dad on Saturdays, but could never agree which NFL team to cheer for on Sundays. Despite his dad desperately trying to raise him a Browns fan, Jake was drawn to the Tennessee Titans.

Jacob was a great cook. His specialty was fried Lake Erie perch, which he learned from his grandpa. He also took to Carabba’s “Copycat” recipes. Recently, Jacob found joy in writing, journaling, Tai Chi, walking, and spending time in meditation and prayer.

Left to cherish his memory are his loving and supportive parents, Doug and Angie; his forever loving siblings, Drew and Jenna; his grandmothers who were always there, Theresa Wright and Terri Lewandowski; his Godparents who loved him so dearly, Tina and Jeff Lovejoy; his many loving aunts and uncles, Gary (Holly) Lewandowski, Lesley (Jay) Madryzkowski, Andy (Jessica) Lewandowski, Emily (Gordon) Bumpus; his great-uncles, David Lewandowski, Jerry Lewandowski and Harry Beckwith; and so many cousins that he was blessed to have.

Jacob was preceded in death by his grandfathers, Carl “Joe” Wright and Philip Lewandowski.

Herman-Veh Funeral Home & Crematory of Gibsonburg has the honor of assisting the Lewandowski family through this difficult time. To share a fond memory of Jake or a message of condolence online, please visit HermanFH.com.

Twenty-six years was too soon for you to leave this world, Jake, but we were so incredibly blessed to have you as our son and to have you in our lives.

To order memorial trees or send flowers to the family in memory of Jacob Garrett Lewandowski, please visit our flower store.