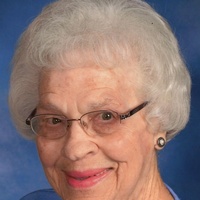 Born in Gibsonburg on Mar. 27, 1926, Irma was a daughter of the late Joseph and Nellie (Herman) Daiber, Sr.  As a Gibsonburg High School graduate, she went on to the Warner Beauty College and worked as beautician and owner of the Beauty Bar for over 58 years, retiring in July 2002.

Burial will be at St. Michael’s/St. Lawrence Cemetery.

Memorials may be made to St. Michael’s Church or to Hospice of NW Ohio.

To order memorial trees or send flowers to the family in memory of Irma Haubert, please visit our flower store.