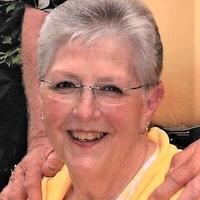 Glenda M. DeYo, 82, of Fremont passed away on Tuesday, September 7 at Countryside Manor. She was born on February 16, 1939, a daughter of Leslie and Linda (Hall) Martin.

Glenda was a proud member of the Fremont Ross 1957 graduating class. After graduation, she worked at the hospital as a candy striper, later at Richard's Clothing Store and Economy Plumbers as a bookkeeper.

On June 6, 1959, she married the love of her life, Rollin DeYo, at Grace Lutheran Church, Fremont.

Glenda was a stay at home mom for many years. She was a volunteer for Hospice for 15 years. In her spare time, she was very skilled in the art of cross-stitch, and also crochet and knitting, completing many outstanding pieces. Glenda also became an avid scrapbooker, creating beautiful memory albums of coloring, which she loved doing from sunrise to sunset. Glenda will be remembered for her kind heart and her love and care for her friends and family.

She is preceded in death by her brother, Fred Payden and brother-in-law, Denny O'Brien.

Visitation will be held at the Herman-Karlovetz Funeral Home & Crematory on Saturday, September 18th from 11:00 A.M.-1:00 P.M. Funeral Services will follow beginning at 1:00 P.M. at the funeral home. Pastor Forrest Kirshenbauer will officiate.

Memorials may be made to ProMedica Heartland Hospice.

To order memorial trees or send flowers to the family in memory of Glenda M. DeYo, please visit our flower store.