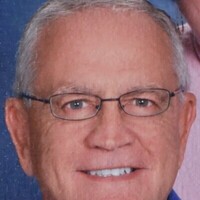 Gerard R. Hetrick, 76, of Fremont, passed away on November 25, 2021. He was born in Fremont, Ohio on November 3, 1945, to Franklin P. and Maribel (Michaels) Hetrick. Gerard graduated from Fremont Ross High School in 1963. He was a supervisor and maintenance worker for the Ohio Turnpike for 30 years. Gerard can be best descried as a jack-of-all-trades. He coached soccer, basketball, softball, baseball and football for the youth groups at the Fremont Recreation Center and the YMCA. Working in maintenance for 30 years, he was proven to have mechanical skills and could build anything. However, nothing could surpass the love he had for his family, especially his grandchildren and great-grandchildren, who he adored spending his time with. Gerard also had a passion for his faith. On August 12, 1967, he married the love of his life, Phoebe Eilirich, at St. Ann Catholic Church in Fremont, and she survives.

In lieu of flowers memorial donations may be made to the Humane Society of Sandusky County, 1315 N. River Road, Fremont, Ohio, 43420, or St. Jude Children’s Research Hospital at www.stjude.org.

To order memorial trees or send flowers to the family in memory of Gerard R. Hetrick, please visit our flower store.