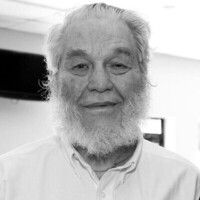 He was born on November 21, 1937, to the late Frederick and Laura (Engel) Schumacher in Toledo and was one of four children.

Gene graduated from Lake High School in 1955 before attending the Valparaiso Technical Institute. He retired from New Departure as an electrician and worked for H&R Block. Gene also worked as an instructor at Terra State Community College and Vanguard Career Center.

Gene was described as “An epitome of service to his community” and he lived to help others. He showed this by serving on the Fremont Ministerial Association where he strived to bring churches together. He served as Deacon of Fremont First Brethren Church, and much of his life was spent advocating for youth while volunteering his time with CASA and the Optimist Club. He was a spearhead creator of the Prudent Parent Standard, which gives normalcy to children in the foster care system. Gene was also an officer with the Women of Grace, and a member of the Sandusky and Fremont HAM Radio Clubs. He and Norma were also proud foster parents in Sandusky County for 27 years.

He is preceded in death by his parents; wife, Norma; granddaughter, Dinah; and sisters, Arlene McCollum and Eunice Blue.

Memorial Donations in Gene's name may be made to Fremont First Brethren Church or CASA of Sandusky, Seneca, and Wyandot Counties.

To order memorial trees or send flowers to the family in memory of Gene F. Schumacher, please visit our flower store.