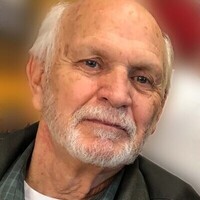 Fred graduated from Fremont Ross in 1966 and went on to attend the Elkhart Institute of Technology in Elkhart, Indiana. For many years until retirement, he worked as a Dental Technician and Manager at DSG Dresch Dental Lab in Sylvania. On Aug. 6, 2004, he married Beth M. Fowler in the back yard of their Millbury home.

Fred was a proud owner of a vintage Corvette. He liked to take day trips with his wife frequenting estate sales and taking county drives where they would actively look for Bald Eagles and Deer, often ending their excursions with a donut or ice cream. To Fred, family was the most important thing to him. He was an active grandpa attending all of his grandchildren’s events.

Memorial donations may be made to St. Mark’s Lutheran Church, Fremont.

To order memorial trees or send flowers to the family in memory of Frederick "Fred" A. Ayres, please visit our flower store.