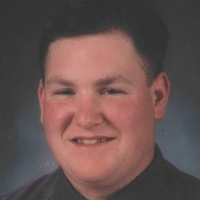 In 1994, Eric graduated from Fremont Ross High School. During his high school years, he played football for the Little Giants. He was a big Ohio State fan.

Eric had a gift for working in sales. He previously used his skills while working for car dealerships in Fremont, Tiffin and Columbus. He also worked for Civilian Conservation Corp as a Corp leader.

From an early age, Eric had an affinity for designer labels. He enjoyed fine clothes, and always had a nice collection of crisp tennis shoes. He held his boys close to his heart, and always stood by his true friends.

He is preceded in death by his dad, Stefan Ried.

Arrangements have been entrusted to the Herman-Karlovetz Funeral Home & Cremation Services, Fremont. There will not be any formal services at this time.

To order memorial trees or send flowers to the family in memory of Eric Michael Ried, please visit our flower store.