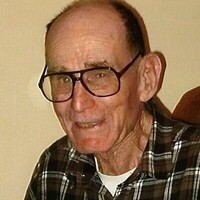 One of twelve children, he was born to Loy and Laura (Steinbrecher) Kutzli in Wauseon, OH, on August 29, 1933.

Donald graduated from Gibsonburg High School and was a veteran of the Korean War. In his early years, he farmed and made his career as a master carpenter working with several local construction companies. Don was happiest working on his many projects in his workshop and visiting with whomever stoppped by to chat.

He married Elaine Spanfellner in 1960 and together they had 3 children; Cynthia, Catherine and Joseph. They later divorced.

In 1984, he married Mary Green and extended his family to include her children; Susan and Rick. He is survived by his wife Mary, her daughter, Susan (Rock) Mediati, Sue's children; Brian, Matt, Nathan, Gabriella, her son, Rick (Peggy) Swain and their children, Ricky and Jessica. In addition, Donald is survived by his daughter, Cindy Johnson and her son, Cameron, daughter, Cathy (Bruce Rutter), and siblings; Anna Kelley, Ida Richter, Sandy Baker, Linda (Dick) Williamson, Margaret Helle and Karen (Doug) Hise. He is preceded in death by his parents, son, Joseph, siblings; Rose (Toolie) Ohm, Ruth (Bud) Alshire, Paul, Donna (Ray) Burkett, and Allene.

Graveside services with military honors at West Union Cemetery will be held privately for the family.

In lieu of flowers memorial donations may be made to Hospice of Northwest Ohio by visiting https://www.hospicenwo.org/forms/donate-online-today/.

To order memorial trees or send flowers to the family in memory of Donald Gene Kutzli, please visit our flower store.