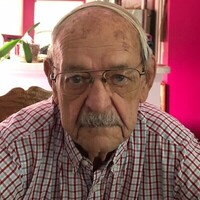 He was born on November 1, 1930 to the late John and Dorothy (Kachelein) Effinger in Fremont, OH.

A proud Marine, Donald served his country during the Korean Conflict from 1951-1954.

Donald is preceded in death by his parents, John and Dorothy; wife, Elsie; and siblings, Charles, John, Margaret, Dorothy, Emily, and Mary.

Services for Donald will be private at the family's request.

Donations in Donald's name may be made to the Alzheimer's Association.

Herman-Karlovetz Funeral Home & Crematory, Fremont has the honor of assisting the Effinger family during this time.

To order memorial trees or send flowers to the family in memory of Donald F. Effinger, please visit our flower store.