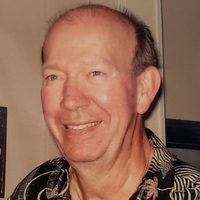 Donald Bartson has passed from this life on February 24, 2021 and his great easy going demeanor will be missed. He was a loved father, husband and friend and a man that always held a steady rudder as he traveled through life. He was not often a man of many words but when he used them he did so carefully and thoughtfully. Don was a person that loved history, he loved learning about it whether that meant reading books about the civil war, enjoying many programs on PBS, or visiting historical sites directly himself. If you asked him to go visit a museum or some interesting place where you might learn something you didn't know before he was always game. His love of all things historical was truly unassailable. Not only was he an avid learner but he had an uncommon ability to recall the events from his early life and adventures with family and friends. He could recall such incredible detail about things that had happened in the life path he traveled that it was sometimes astounding and often enviable. Even just before slipping into the care of hospice and losing the ability to communicate at all he was still recalling stories with profound details.

Don's education was at St Joseph Catholic school in Fremont Ohio. He was a devout Catholic. He attended Bowling Green State University and continued his education in later years with an associates degree at Terra Tech college. His work life was usually in customer facing roles with ITE Circuit Breaker, Uniroyal and Eckrich. He managed Rays Carpet and Furniture for some time and worked for Fremont City Schools. He worked in manufacturing and sales for awhile and was always able to secure gainful employment even though some of the companies he worked for were victims of ill-conceived corporate mergers and other Wall Street malfeasance. Don was a guy with a great work ethic, equable disposition and fine moral compass and these traits served him well in life.

Don and Judy spent a lot of time in Myrtle Beach NC and a condo in New Port Richey Florida and spent many years traveling back and forth as snow-birds. There was always an adventurous side trip on the way down to Florida or home and he was always willing to explore new places. He loved to play cards with whatever gang he could engage with. Don participated in a cancer research program through Henry Ford Hospital out of Detroit when he found out he had prostate cancer and volunteered with Sandusky Township Fire Department holding multiple different roles. He also volunteered at St Joseph church bingo, Jaycees safety shooter program, Trinity medical center in New Port Richey Florida, poll worker for Sandusky county board of elections. In his younger years he found a lot of joy in hunting and fishing, he was a naturally talented golfer and had many years of fun on a golf course until health issues got in the way.

He was preceded in death by parents, George and Clara, brothers and sister, Bernard Bartson, Larry Bartson, and Rosemary Harnden.

Services will be held privately for the family. A celebration of life will follow on a later date when covid-safe precautions can be satisfied.

Herman-Karlovetz Funeral Home & Crematory, Fremont, Ohio, has been entrusted with his care and arrangements.

To order memorial trees or send flowers to the family in memory of Donald Bartson, please visit our flower store.