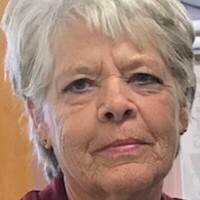 Diane Lynne Blue, 72, of Fremont passed away at her home, with her daughters by her side on April 11th, 2020 after a long battle with cancer.

She was born on June 28th, 1947 in Fremont, Ohio to Burdette Wolfe, and later adopted and raised by Charles C. DeRan and Charlotte (Kreilick) Hause.

Her greatest joy in life was being the mother of her two daughters, Rachel Bahnsen and Jennifer Coleman, grandmother of 7, and great-grandmother of 4 – soon to be 6. Diane loved to scrapbook, sew, garden, and play euchre with her friends. Collecting lighthouses was also an avid pastime over the years. She enjoyed watching a storm roll in and listening to the rain. She loved her family traditions such as baking and decorating Christmas cookies with all the grandchildren. Diane treated the family’s friends as her own family, which is how she became known as “Momma Blue”. Her fun, witty, and infectious personality will be greatly missed by all of the lives she touched. She loved to spend time with her neighbors and would do anything for anyone at any time. Diane was dedicated in helping with the Ovarian Cancer Connection and was deemed one of the Teal Sisters.

Diane retired from the Sandusky County Sheriff’s Department after 23 years as Captain of Corrections. She mentored and helped many people who have shared stories of her overflowing compassion and respect for everyone.

She is preceded in death by her parents, Charles DeRan and Charlotte (Kreilick) Hause; sisters, Sandi Schiefley, Carleen Astil, and Nancy Ellsworth.

A small private viewing and graveside services will be held at Oakwood Cemetery. There will be a Celebration of Life held at a later date.

It is strongly recommended, in lieu of flowers, memorial contributions may be directed to the Ovarian Cancer Connection of Fremont, or Heartland Hospice. If you would like us to add your name to the family’s register book you may call us at 419-332-7391

Herman – Karlovetz Funeral Home & Cremation Services is honored to be assisting Diane’s family at this time.

To order memorial trees or send flowers to the family in memory of Diane Lynne Blue, please visit our flower store.