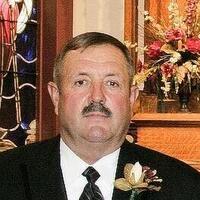 He was a member of the Red Horse Squadron Army Reserve and went on to operate Hetrick Farms and Produce along with his wife. Denny also enjoyed hunting and fishing.

Visitation will take place on Sunday, September 18, 2022 from 4-7 P.M. at Herman-Karlovetz Funeral Home & Crematory, 900 North Street, Fremont, OH. Funeral services will begin at 11:00A.M. on Monday at the funeral home. Additional visitation will take place one hour prior to services. Burial will follow at Greenwood Cemetery in Kingsway. Memorial contributions may be made to the Ohio Junior Shorthorn Association. Online condolences may be expressed at www.hermanfh.com


To order memorial trees or send flowers to the family in memory of Dennis W. Hetrick, please visit our flower store.