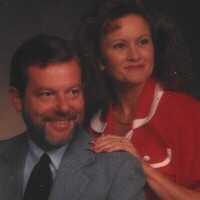 Delbert E. Cook, 71 of Fremont passed away on May 4, 2022 at Promedica Memorial Hospital. He was born on December 20, 1950 to the late Norman Jesse and Dorothy (Carter) Cook. On August 29, 1970 he married Norma J. Lambert at Hayes United Methodist Church. She preceded him in death on November 3, 2001

Delbert was a member of the Ohio National Guard and worked for Kelsey Hayes as a proud member of local Steelworkers 1915. He was a former member of the Moose and an active member of the "Choir Boys." Delbert was an avid Cleveland athletics fan, and enjoyed traveling with his wife, especially trips to Seattle, Chicago and his favorite, Las Vegas.

A time of visitation will be held on Wednesday, May 11 from 11:00A.M.-12:00P.M. at Herman-Karlovetz Funeral Home & Crematory, Fremont, OH. Graveside services will begin at Noon at Oakwood Cemetery.

Herman-Karlovetz Funeral Home & Crematory, Fremont is honored to be assisting the Cook family during this difficult time.

To order memorial trees or send flowers to the family in memory of Delbert Edward Cook, please visit our flower store.