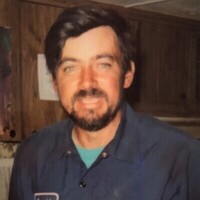 Darold D. "Hillbilly" Prater, 67, passed away on September 13, 2022, at his home in Oak Harbor, surrounded by his loving family.

On September 25, 1987, Darold married Irene Weichman and have shared 34 years together.

Darold retired from Burns Iron Metal Company in 2006, and he enjoyed watching Westerns, soap operas, and wrestling in his retirement. He also enjoyed playing games on his computer, working on projects, and spending time with his grandchildren and his dogs.

Darold is preceded in death by his parents, and siblings, Monroe, Ocey, Donald, Glendene, Arthur, Sonny, Darlene, Jeffery, and Doris.

A time of visitation will be held at Herman-Karlovetz Funeral Home & Crematory, Fremont on Saturday, September 17, 2022 from 12:00-2:00 PM. Funeral services will follow at the funeral home beginning at 2:00 PM.

Memorial donations can be made in Darold's name to his family, in care of his wife, Irene.

Herman-Karlovetz Funeral Home & Crematory, Fremont is honored to be assisting the Prater family during this difficult time.


To order memorial trees or send flowers to the family in memory of Darold D. "Hillbilly" Prater, please visit our flower store.