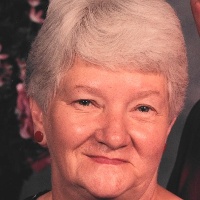 Charlotte retired from Heinz. She enjoyed four wheeling, listening to music, walking her dog and playing with her kitty, but none of them could top her love of spending time with her kids, grandkids and great grandkids.

She is preceded in death by her parents; husband of 59 years Richard who passed on Nov. 4, 2009; and brother, Robert Little.

Memorials in honor of Charlotte may be made to Heartland Hospice.

To order memorial trees or send flowers to the family in memory of Charlotte M. Amor, please visit our flower store.