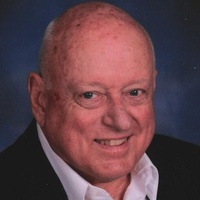 Carl M. Irick, 86, passed away peacefully on April 25, 2019 at the Elmwood Skilled Nursing Center after a lengthy illness. He was born on January 25, 1933 in Girard, Ohio to Ivan & Mabel (Bush) Irick. He married Anne Spencer on July 29, 1956 at Trinity Methodist Church in Mt. Gilead, Ohio.

He had a 50-year career as a Plastics Machinery Engineer with HPM, VanDorn, Farrel, Sterling Extruders, Reed and retiring as a Director of Engineering from EPCO-Division of John Brown. He was a member of the Society of Plastic Engineers and was a representative to the Society of Plastic Industries, holding the Chairmanship of the Standard Committee.

He had many interests, including working with his sons on restoring classic cars, showing his 1967 Mercury Cougar, Canadian fishing, traveling, trees, birds & wildlife and reading. His current memberships included The International Mercury Owners Association, Hayes Presidential Center and the Hayes Memorial United Methodist Church. He formerly belonged to the Cougar Club of America, The Crowe Lake Cottage Owners Association (Canada) and The Fremont Country Club.

He is survived by his loving wife of 62 years, Anne; sons, Brett of Dearborn, MI and David of North Port, FL; brother, Howard (Jeanie) Irick of AL; sister-in-law, Raeann Irick of GA; brother-in-law, John Allen of CA; one niece & two nephews; cousins; and many friends.

In addition to his parents, he was predeceased by his brother, Glen and sister-in-law, Susan Allen.

The family thanks the Elmwood Skilled Nursing Staff for his excellent care in the last several months.

A Memorial Service will be held at Hayes Memorial United Methodist Church, Fremont on Saturday, June 15, 2019 beginning at 12:00 p.m.

Memorials gifts can be made to the Hayes Memorial United Methodist Church, Hayes Presidential Center or to Birchard Library.

To order memorial trees or send flowers to the family in memory of Carl Irick, please visit our flower store.