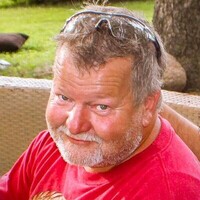 Arnold “Howie” Martin Jr., 51, of Fremont, passed away at the Toledo Hospital on July 24, 2022. He was born in Fremont on September 9, 1970, to Howard L. Baughman and Patricia M. (Geesey) Smith. Howie was a graduate of Northmor High School in Galion, Ohio, and joined the United States Navy shortly after. In 1991, he married Michelle Martin in Dayton, Ohio.

Howie loved going fishing and riding motorcycles. He especially enjoyed going on rides with his friends, Pat and Jeanette, and was a member of Abate. Howie adored his family and spoiled his sister, his daughter and his grandchildren. He was the most big hearted, giving, loving and protective man they could ever ask for.

Visitation will be held on Friday, July 29, 2022, from 12:00 PM until 2:00 PM at Herman-Karlovetz Funeral Home & Crematory, 900 North Street, Fremont, OH,  43420. Funeral services will begin at the funeral home at 2:00 PM. Interment  will follow at Greenlawn Memory Gardens in Clyde. For those unable to attend, live streaming of Howie’s services will be available on his obituary page on the funeral home’s website.

In lieu of flowers memorial donations may be made to his family c/o his sister, Lori Aldrich.

To order memorial trees or send flowers to the family in memory of Arnold "Howie" Martin Jr., please visit our flower store.