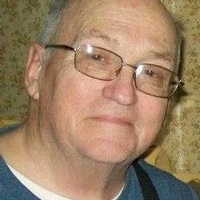 Larry worked as a laborer for Materion, formerly Brush Wellman, retiring in 2005.  As a devoted family man, he and Virginia raised 4 children, whom he loved very much.  He also was a member of the Fremont Baptist Temple.

Larry is preceded in death by his parents; and siblings Richard & Eugene Everhart, Patsy Reed, Donna Haugh and Joy Brockman.

Visitation will be on Monday, June 26, 2-4 & 6-8 p.m. at the Herman-Karlovetz Funeral Home & Cremation Services, Fremont where Funeral Services will be conducted on Tuesday, 11 a.m.  Rev. Gary Click will officiate.  Burial will follow at Lindsey Cemetery.

Memorial donations may be directed to Hospice of Promedica Memorial Hospital.


To order memorial trees or send flowers to the family in memory of Larry D. Everhart, please visit our flower store.