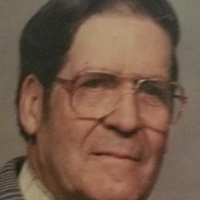 Born on Sept. 12, 1923 in Oak Harbor, Thomas was a son of Urban and Edna (Slavin) Wagner.  Growing up on the family farm, he followed his heritage being a lifelong farmer.  He was a member of St. Joseph Catholic Church, Fremont.  Thomas also worked over 17 years as a forklift operator at the former Standard Products in Port Clinton.  Thomas was an educator by example and the best father anyone could ask for.  He had a great love for his kids and grandchildren.  He will be remembered for tackling any problem and dealing with some things in his own, unique way.

On Aug. 12, 1947, he married the love of his life, Margaret Bumb, in Fremont.  They would have been celebrating their 70th wedding anniversary next month.  Margaret survives.

Visitation will be Thursday, July 6, 2017, 2-7 p.m. at the Herman-Karlovetz Funeral Home & Cremation Services, Fremont where Vigil Services will be that evening.  A Mass of Christian Burial will be said at St. Joseph Catholic Church, Fremont on Friday, July 7, 10:30 a.m.  Rev. Michael Roemmele will officiate.

Memorials may be directed to a charity of the donor’s choice.


To order memorial trees or send flowers to the family in memory of Thomas J. Wagner, please visit our flower store.