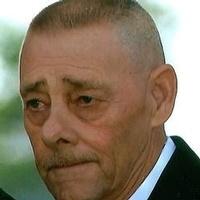 Charlie Ray Harvey, 73, of Gibsonburg passed away on July 4, 2017 at his home. He was born on December 14, 1943 in Coeburn, VA to the late Kelly M. & Alice (Music) Harvey.
On February 27, 1976, Charlie married Barbara M. Kummerer.
Charlie enjoyed fishing, doing yard work, tending to his garden, and spending time with his family. He liked to work on motors and play guitar. Charlie retired from Wise County Board of Supervisors in 2006 where he worked for many years as a truck driver.
Surviving in addition to his wife, Barbara are sons, Bob Gill of Woodville, Alan (Pam) Gill of Fremont, Rex (Patty) Harvey of Gibsonburg, Steve (Sherry) Harvey of Goodview, VA, Lee Harvey of Fremont and Eric (Rosemary) Harvey of Gloucester, VA; 10 grandchildren; 12 great-grandchildren; and sister, Ida Jane Manly.
He is preceded in death by his parents; son, Jeff Metz; grandchildren, Joshua and Justin Harvey; and 10 siblings.
Friends and family will be welcomed to the Herman-Veh Funeral Home & Cremation Services, Gibsonburg on Monday, July 10, 2017 from 10 a.m.- 11 a.m.  Funeral Services will begin at 11:00 a.m., and Rev. Greg Miller will officiate. Burial will follow at West Union Cemetery, Gibsonburg.
In lieu of flowers, memorial contributions may be directed to a charity of the donor’s choice.

To order memorial trees or send flowers to the family in memory of Charlie Ray Harvey, please visit our flower store.